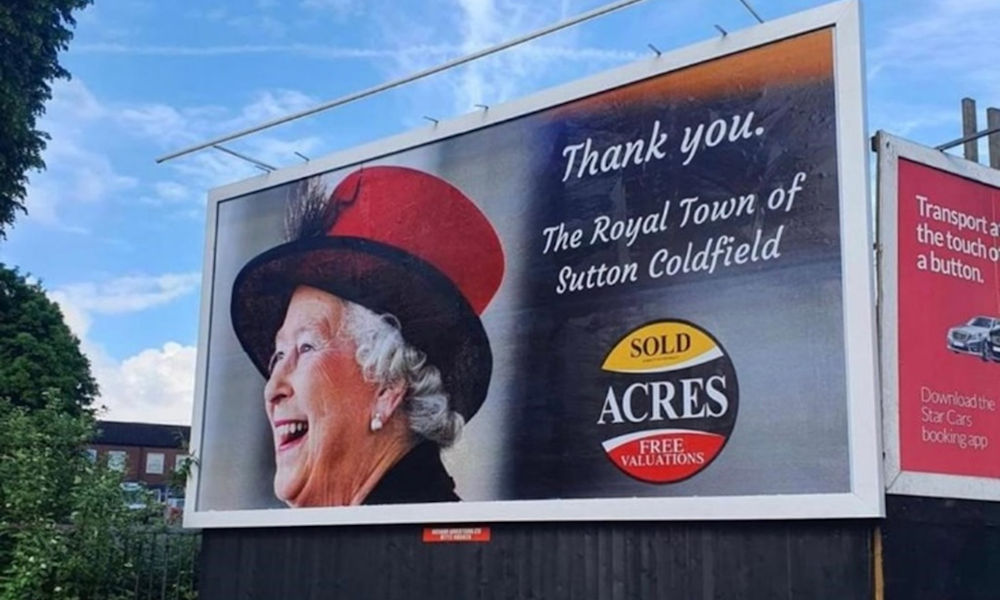 Up and down the Royal Town people have been getting into the Jubilee spirit. Local organisations, schools and businesses have been playing their part to honour Her Majesty’s historic milestone in unique and different ways, which included a striking poster (pictured) in the heart of our Royal Town saluting Her Majesty.

In the last couple of weeks I have enjoyed travelling around Sutton to see the various preparations first hand! 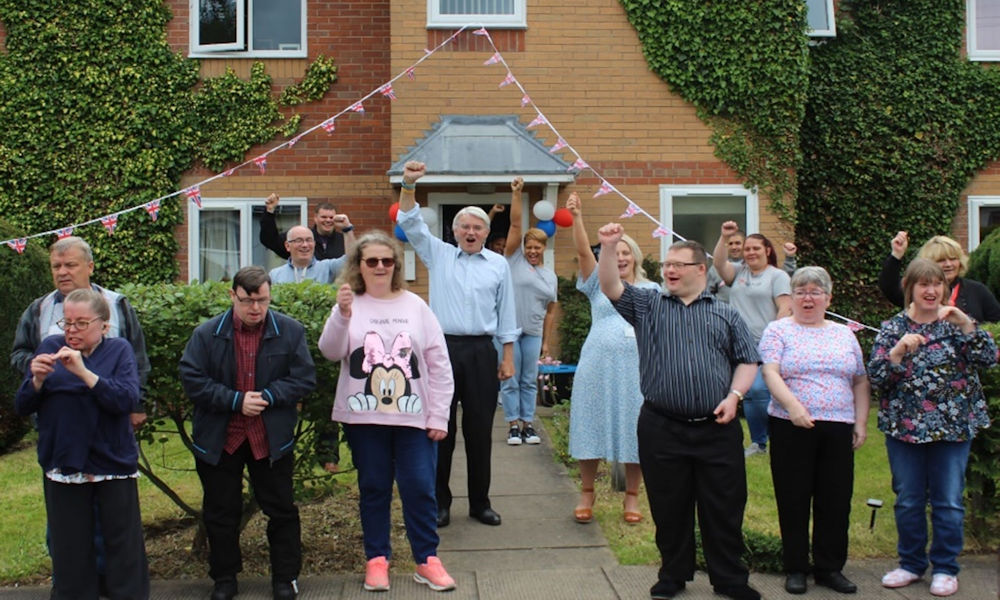 Getting the party started was the Lisieux Trust, an organisation which provides care and accommodation for autistic adults and adults with a learning disability. I enjoyed my tour of the care home and sampling the celebratory atmosphere, which was resplendent with bunting and other Jubilee trimmings.

The Trust is a very happy place which was recently named Employer of the Year at the National Learning Disabilities & Autism Awards. After spending a couple of hours chatting to staff and residents, it was clear why the Trust won this glowing accolade. The Trust’s passion for supporting their people and providing a nurturing environment for all staff was very evident, with all residents in their care clearly thriving as a result.

I want to congratulate Home Manager Mary Heap, together with CEO Jess Alsop-Greenacre and Head of Operations, Alison O’Meara for the Lisieux Trust’s achievement in winning the Award, which is testament to their excellent leadership.

Caring is a vital and hugely rewarding vocation but one which is sadly understaffed.  If anyone is considering a career in the caring sector, or if there are any carers out there seeking new opportunities, the Lisieux Trust is a wonderful local organisation which is currently on the look-out for talented and committed individuals to join their team. To find out more, please visit:  www.lisieuxtrust.org.uk 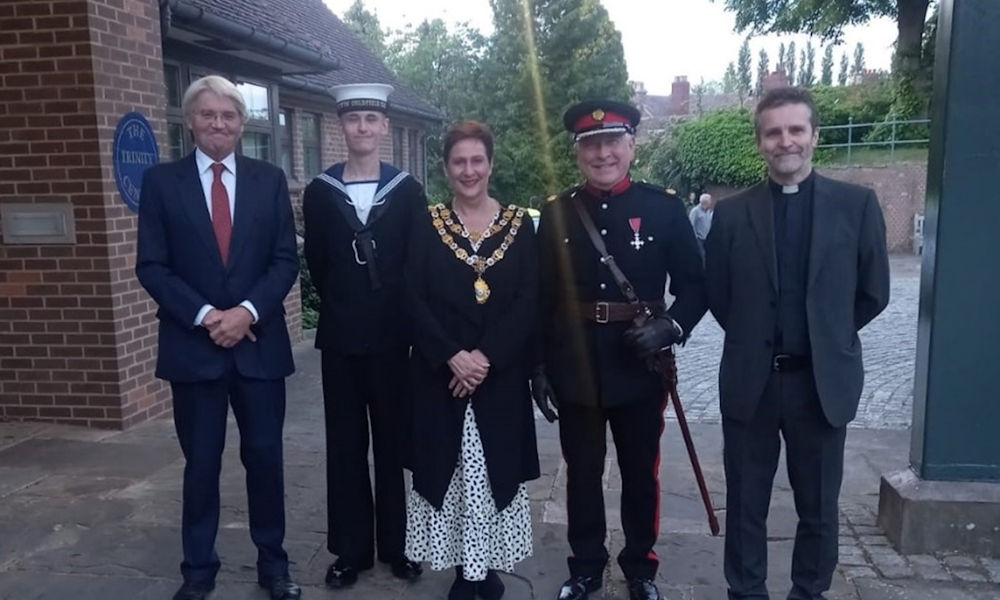 Last night I had the great pleasure and honour in taking part - along with our new Royal Town Mayor Janet Cairns - in the lighting of the Royal Town’s Beacon. Sited at the Town’s Holy Trinity Church, the Beacon is one of 3,500 spread across the country, the Commonwealth and the world.

Before we lit the flame, I undertook as requested by Holy Trinity (I have the privilege of being President of the Friends of Holy Trinity as well as their MP) of performing the role of Royal Town Town Crier:

Today in our nation - and throughout the Commonwealth, we are celebrating our glorious Queen’s Platinum Jubilee.

Elizabeth – the second of that name,

our most beloved Sovereign and Head of the Commonwealth for 70 years.

Platinum – that most noble of metals,

more precious even than gold.

And so it is in honour of this unique occasion

that beacons will be lit this evening

throughout the United Kingdom,

Channel Islands, the Isle of Man and the UK Overseas Territories –

and in all capital cities of the Commonwealth.

Let it be known,

in proclaiming this tribute to Her Majesty the Queen on her Platinum Jubilee,

that we are one nation and one commonwealth.

God Save The Queen

After a short service by Rev John Routh and a brilliant performance by the church choir of the specially composed Platinum Jubilee song, ‘A Life Lived in Grace’, as well as a few words from Deputy Lieutenant John Craggs MBE, the Beacon was lit heralding the Royal Town’s celebration of this wonderful occasion.

The event was presided over by our new Royal Town Mayor, Janet Cairns and accompanied by 15-year-old Daniel Mobley, one of our Town’s Sea Cadets who is acting as ‘The Mayor’s Official Escort’ this year.

The event closed with a rousing rendering of God Save The Queen.

As I reported in my message a couple of weeks ago, I joined pupils and staff at Walmley Infant School, together with members of the Walmley Evening Women’s Institute, to plant a tree in honour of Her Majesty’s Jubilee and to contribute towards the Queen’s Green Canopy Project.

It was a moment of continuity and connection for the whole community, recognising the Queen’s membership of the WI since 1943 and the school’s association with WI members many of whose children and grandchildren are pupils there. 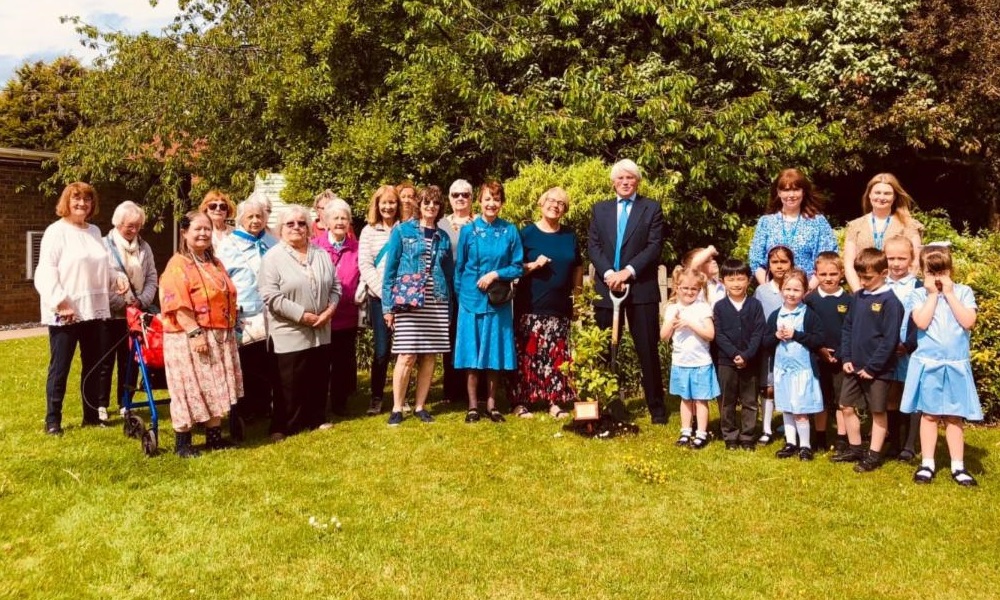 Many congratulations to those in the Royal Town honoured by Her Majesty this summer!

Mrs Angela Knight Jackson received an MBE for services to the NHS, specifically to the Nursing and Midwifery Workforce.

The House of Commons may not have been sitting this week due to the Queen’s Jubilee, but life as an MP is seldom quiet.

This week my efforts on behalf of constituents have been centred on trying to speed up the delivery of several visas for Ukrainians coming to live in the Royal Town and extracting from the Passport Office urgently needed passports.

I am afraid that the process is ongoing, and I will keep up the pressure to have these issues resolved as soon as possible.

On Tuesday I held an important meeting with the Deputy Mayor of London for Policing, Sophie Linden, to discuss the work of the All-Party Group on War Crimes.  Regular readers will know that I co-Chair the APPG on war Crimes together with Labour Peer Lord Mendelsohn, which focuses on ensuring the UK investigates suspected war criminals living in our country.

The APPG was established last year specifically to look at the case of 5 Rwandan nationals in the UK, who are believed to have been involved in the 1994 genocide against the Tutsis in Rwanda.  The process for investigating and possibly prosecuting these suspects has been dragging on for far too long, so the APPG is campaigning to bring about a speedier resolution.

With Ukraine in the spotlight and the government’s stated commitment to hold those responsible for war crimes in Ukraine to account, it is more important than ever that we sort out the situation we face at home. We cannot chase war criminals abroad while neglecting suspected war criminals hiding in plain sight. And it is not acceptable that UK could ever be seen as a safe haven, where people accused of committing atrocities are able to hide behind the cover of asylum and to evade justice.

We are grateful to the Deputy Mayor for her support in trying to move the process forward and ensure that justice for the victims of the genocide, while delayed, is not now denied.

As Parliament wound down last week ahead of the Platinum Jubilee, the Prime Minister paid tribute to Her Majesty the Queen.

In proposing an Humble Address, he praised her dedicated service to the people of the United Kingdom and the Commonwealth throughout her historic seventy year reign. He stated:

“Today we pay tribute to a head of state whose length of service and dedication to duty to are simply without parallel.

The only monarch most of us in this country have ever known and the rock to which our nation and our people have been anchored throughout all that the past 70 years have thrown at us.

That is why next week the people of the United Kingdom and the Commonwealth will be unabashed in celebrating not the institution of the Crown but the individual who wears it.

This remarkable woman who by God and her right has led her country through good times and bad.

Who has dedicated her life to her people, to her beloved Commonwealth, to the very idea of what a constitutional monarchy can and should be.”

As you read this, thousands of people in constituencies like Sutton Coldfield, all over the UK, are coming together to take part in festivities during a four-day Bank Holiday weekend.

In London Events such as a Service of Thanksgiving at St Paul’s Cathedral, the Platinum Party at the Palace and the Platinum Jubilee Pageant will take place, are drawing people together to celebrate the extraordinary milestone of a unique Monarch.

I send all my constituents my very best wishes on the occasion of the Jubilee. I hope you enjoy the celebrations as well as a well earned a Bank Holiday break!