Local enthusiasts gather to watch as the Commonwealth Games Baton passed through the Royal Town. 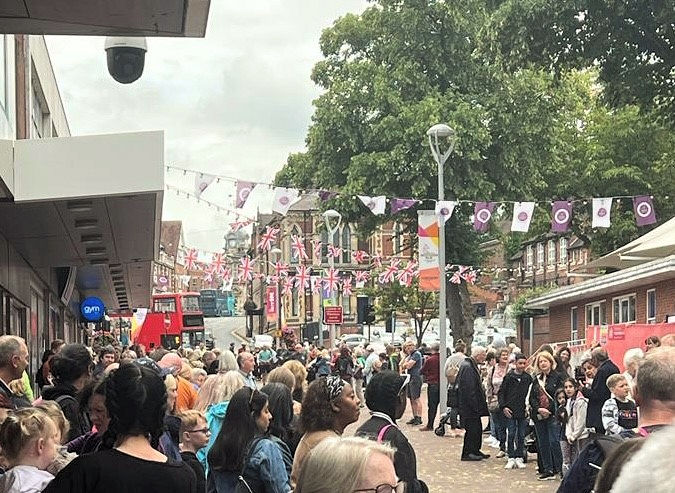 The Commonwealth Games give us something positive to enjoy away from the cut and thrust of daily politics.  As Birmingham and the West Midlands take centre stage, the competition will showcase the best of global Britain and our region to the world.

Over the next 11 days, Birmingham will host 6,500 athletes and officials from 72 Commonwealth nations and territories.

I was fortunate to be invited alongside other Birmingham MPs to watch yesterday’s opening ceremony at the Alexander Stadium.  The televised event reached a global audience of 1 billion people – and I’m sure those who watched it in the Royal Town felt the same sense of pride as I did in the spectacular show we put on.

I was struck by the enormous number of volunteers helping organise and run the opening ceremony that came from the Royal Town, underlining our community sense of involvement and outreach.

While first and foremost a sporting event, as the ceremony demonstrated, the Games are about so much more: connection, youth and inclusivity; regeneration and rejuvenation.

I wish all our athletes the best of luck – no doubt they will have been uplifted by the brilliance of the opening ceremony! 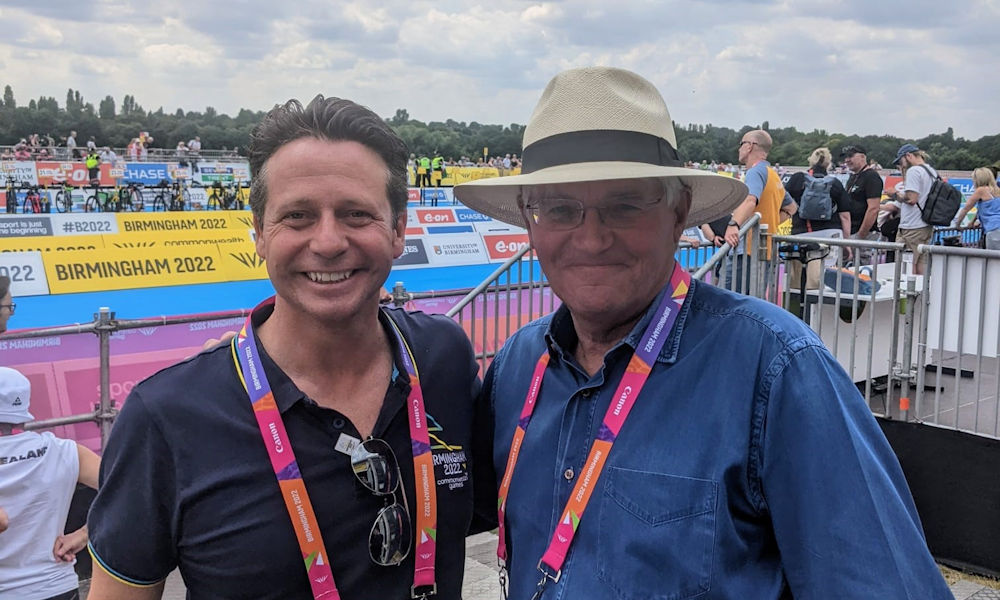 And indeed we start as we mean to go on: earlier today I attended the Men’s Triathlon right here in Sutton Park and witnessed the first gold medal to be awarded in the Commonwealth Games. I had the great pleasure of attending the medals ceremony with the Governor General of New Zealand whose country came second.

Whilst I was at the Park I met and spoke to many constituents who were clearly relishing the day in the glorious sunshine. One of my many stops was to greet those running the Friends of Sutton Park who had set up a stall to provide public information.

I was able to thank the many Suttonians who volunteered to help including our newly elected city and Royal Town Councillor, Richard Parkin  - seen below helping soldiers from the Queen’s Dragoon Guards with security.

All in all a wonderful day, showing up our brilliant athletes and our Royal Park at their very best. 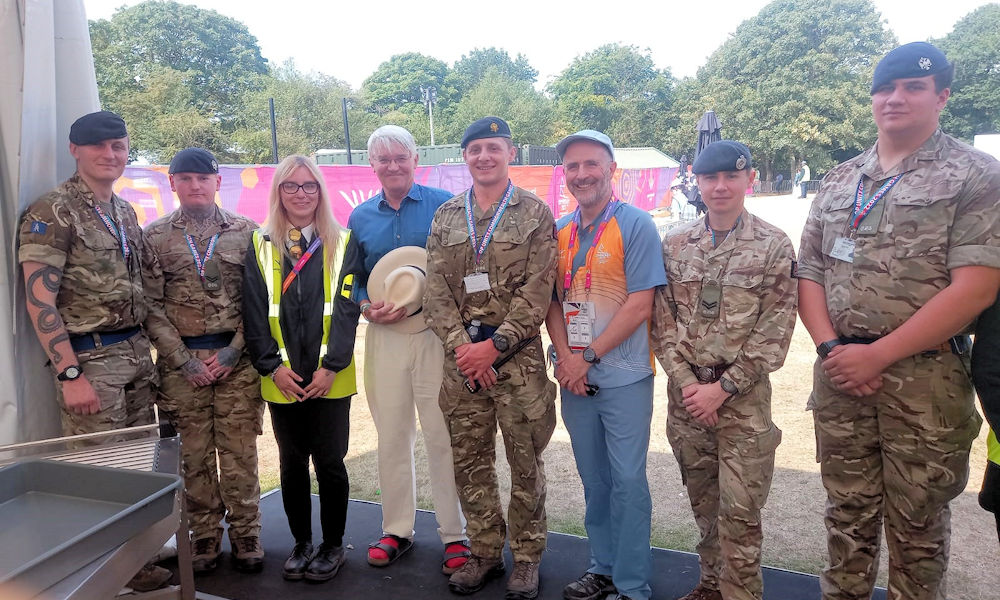 And more excitement for Sutton Park…

As the Royal Town’s MP I may be biased when I talk about the beauty of places like Sutton Park, but I am definitely vindicated on this occasion.

In addition to hosting a wonderful triathlon event, our very own Sutton Park has been nominated for the Fields in Trust UK’s Favourite Parks award.

The 2,400-acre National Nature Reserve is one of the largest urban parks in the whole of Europe and a designated Site of Special Scientific Interest. With open heathland, woodlands, wetlands, marshes and seven lakes, there is such a variety of plants and wildlife to spot and routes to take. It acted as a sanctuary for so many of us over the past few years (quite apart from the wonderful open space for our dogs) and now is our chance to celebrate this special space right on our doorstep.

Voting is open at www.fieldsintrust.org/favourite-parks/nominations and will close at noon on Thursday 18th August 2022. With your votes let’s crown Sutton Park the UK’s Favourite Park 2022; a title it rightfully deserves 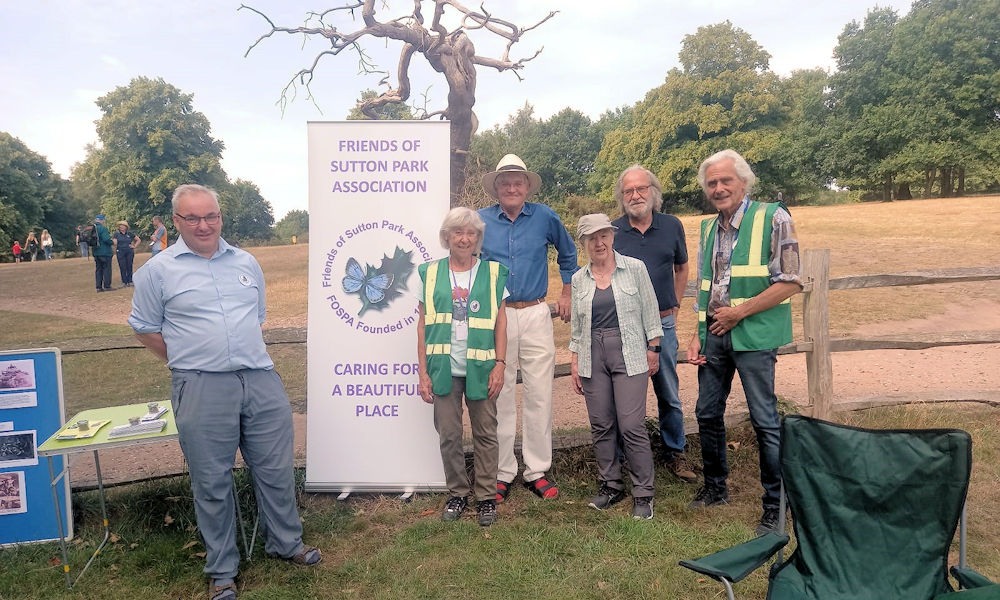 While Parliament is in recess until early September, an MP’s work never rests. I continue to look after all my Royal Town constituents, helping tackle the wide array of concerns and issues that come through the door. And of course, it is business as usual for the government…

Newly released figures show that 899 police officers have been recruited in the West Midlands as part of the Government’s pledge to put 20,000 more officers on the streets by March 2023.

Since the recruitment drive was launched in 2019, police forces across England and Wales have seen an additional 13,790 police officers recruited, putting the Government on track to deliver on its manifesto promise.

The additional police for the West Midlands builds on the Government’s Beating Crime Plan and Police, Crime, Sentencing and Courts Act–aimed  at reducing crime, protecting victims and making the country safer.

The Beating Crime Plan will see investments in new interventions methods, increased tagging to reduce repeat and substance-fuelled offences and ensures that offenders give back to their communities through unpaid work. The Police Crime, Sentencing and Courts Act gives the police the resources they need to crackdown on crime, including additional powers to tackle disruptive protests, increased sentences for the most dangerous offenders, and additional protections for women and girls.

This week the Government also announced an extra £50 million for our Safer Streets Fund – helping to tackle violence against women and girls.

Violence against women and girls is sadly all too prevalent -and it is vital that the crackdown continues. The extra £50 million available to communities is part of the fourth round of funding from the Safer Streets Fund, delivering extra CCTV and streetlighting, as well as community outreach initiatives. Bringing the total Safer Streets Funding to £120 million, the initiative will continue to improve the safety of our streets for women and girls and prevent potential perpetrators from committing crimes in the first instance.

I will be writing to the Home Office to press for some of this money to be spent appropriately in the Town Centre.

I am delighted to announce that former Prime Minister Theresa May has kindly agreed to be the guest speaker at the Association dinner 2022. The Annual Dinner will take place as usual at the Moor Hall Hotel in November. More details will follow from the Conservative Association in due course.